We use cookies for monitoring visitor numbers only and we do not store any personal details. Learn more...

The number of trains stopping at stations in Angus and Broughty Ferry could rocket over the next 12 months under new ScotRail plans, which promise to open up the line to tourists and commuters.

The rail company’s proposals would see the number of stops made by trains at Broughty Ferry more than double, while four times as many trains could call at nearby Monifieth in Angus.

ScotRail’s Revolution in Rail programme promises to introduce new rolling stock north of the border, which will allow the company to add extra services and seats.

This will have a major impact on the route between Aberdeen and Glasgow.

It will also introduce an hourly service from Dundee to Broughty Ferry, Monifieth, Carnoustie and Arbroath.

ScotRail figures show Edinburgh is the most popular destination for travellers from Dundee, with an average 1,353 journeys per day, followed by Perth (733 journeys per day), Glasgow (709), Aberdeen (506) and Arbroath (475). The most popular destination for Perth commuters is Glasgow (919), while for both Carnoustie (188) and Arbroath (475) it is Dundee.

← Back to news items 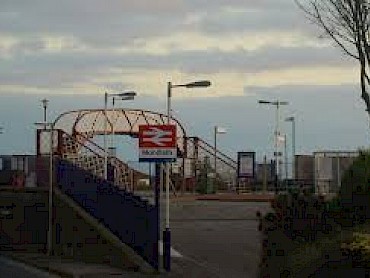 ← Back to news items